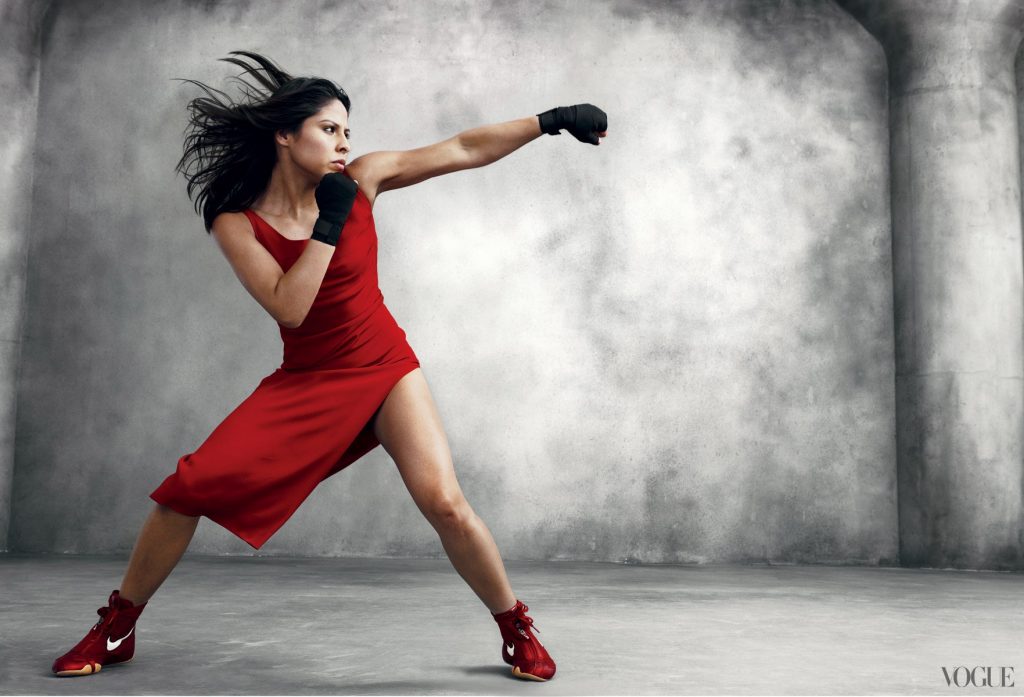 A major boxing announcement came from Houston today where it was revealed that the 2012 Olympic Women’s Flyweight Bronze Medalist, Marlen Esparza is to fight on a Universal Boxing Federation sponsored event next spring in the nation’s fourth largest city.

The fight will be offered on Webcast Pay Per View with a very reasonable buy rate according to the co-promoter of the event, the President of the Houston Boxing Hall of Fame, Karl Hegman.

Hegman, an award-winning journalist is enthusiastic and confident about the promotion’s success which will pit the 8 time National Champion in Esparza versus a rugged and talented southpaw from San Antonio in Ashlee Reyes.

“Marlen Esparza is the best female flyweight in the United States, and that description encompasses both amateur and professional fighters” says Hegman. “She has a tough fight ahead of her for this belt in the form of Ashlee Reyes, who won the 2013 Houston Open Ring National Championships, and is generally considered to be the best female boxer to emerge from the Alamo City of San Antonio, Texas”.

Esparza captured the National PAL Championship recently with two dominating performances in the tournament and has won both Gold and Silver medals in International competition this year.

“There’s no doubt about it, she’s in top form and is looking for yet another National Championship in January” says Michael Campbell, President of the UBF. “The most interesting dynamic of this promotion is that it makes boxing history as the very first time an amateur boxer has headlined a Pay Per View Event, and it’s only ten dollars!”

“A significant portion of the viewing public remembers Marlen through her commericals for McDonald’s, Coca-Cola, Cover Girl and Proctor and Gamble. Now they will get a chance to relax in the comfort of their living rooms and view this one of a kind, unique boxer/puncher as she gets a chance at a World Championship!” concludes Campbell.

Prospective opponents for the Champion were considered via video submissions from fighters and their managers/trainers. “We had girls from all four corners of the planet wanting to fight Esparza and be part of boxing history” says Hegman.

“Ultimately, only those providing video evidence of their fighters in action were considered, and I saw a lot of real good boxers out there. It’s going to be a great night for not only women’s boxing, but boxing in general as Marlen has significant crossover appeal to Latin audiences.”

“This event marks a groundbreaking and unique opportunity for sponsors to get on board as this is just the beginning of a shift in terms of how boxing is presented to the viewing public and international markets” concludes Hegman.

Esparza is without a doubt one of the most highly visible and marketed female athletes in the world after her inclusion into the ESPN “Body Issue” magazine. “Marlen is the most successful sports franchise in the City of Houston, bottom line!” says former world title challenger Termite Watkins.

The event is slated for this coming Spring and several venues in Houston are currently in consideration. “This is boxing history in the making and we are hoping that everyone that loves the sport will buy this as it is so affordable!” says Watkins.

The card is slated for ten amateur bouts with all of the fights involving amateur champions. “There’s no beginners on this show, the competition is strictly top notch and the customers are going to get more than their money’s worth. You are going to spend ten bucks on just a single drink at the club, we are giving you a lot of value for your hard earned money and you are going to love it!” says Hegman.

Further information concerning a specific date and venue will be forthcoming this autumn and winter.