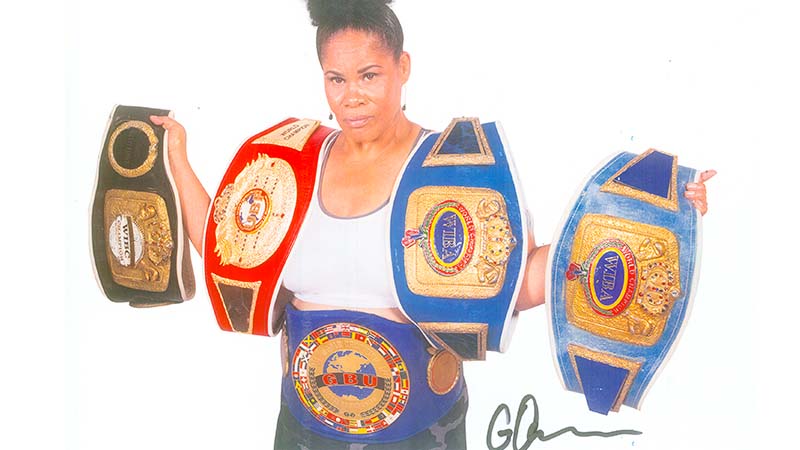 If the number one world ranked female heavyweight boxer, Gwendolyn ‘Stealth Bomber’ O’Neil and her management team have their way, a world title bout involving her will take place here next Independence Day.This is according to the Brooklyn based O’Neil (19-7-1) who is currently vacationing in Guyana along with her Golden Bow and Arrow managers.

Click Here to be directed to read the full article or click on the link below
http://www.stabroeknews.com/2015/sports/09/17/oneil-wants-salazar-here-on-independence-day/
Previous ArticleGingras, Camacho ready for fight of their livesNext ArticleCHRISTINA RUIZ, EXCLUSIVE INTERVIEW WITH SUPER ELITE BOXING NEWS